And away we go!!  First concert of 2020.  Man, it’s been a while since my last show and it was nice to get my middle-aged ass back into the pit.  2020 starts out with Lucifer strolling into town.  No, not that Lucifer.  Not the big man. Head honcho. Prince of Darkness and all that jazz.  No, this Lucifer is a retro, Sabbath worshiping, 70s era occult rocking band out of Sweden who is still touring in support of their second album.  Lucifer is probably more known for its key players former bands than their current incarnation.  Vocalist Johanna Sadonis was the frontwoman of the short lived, but super cult fave The Oath and her main songwriting partner and husband, drummer Nicke Andersson, is more known for his work in Entombed and The Hellacopters.  Ultimately, Lucifer is a continuation of what Sadonis started with The Oath.  In a nice shout out to their main influence, Sadonis was rocking a purple velvet jumpsuit with fringes along the sleeves that would have made a young Ozzy very proud.  The band hit a good chunk of their latest album with a few surprise tracks off their new album which is supposed to drop sometime later this year.  They even worked in a nice cover of Sabbath’s Snowblind and one of ZZ Top’s Beer Drinkers and Hellraisers, which was a nice shout out to the Texas crowd.

Well, I had a sinking feeling that 2020 was going to be a giant shit of a year and it just started off with a bang.  First post of the year and it has to be a eulogy to one of my favorite musicians of all time.

Those of you that know me know that Iron Maiden is my favorite band.  Now, if they are #1, Rush would be #1a.  Rush has always been a band that polarizes people.  It seems that people either really love Rush or they really don’t care for them at all.  I am of the opinion that their 40+ year career is one of the most innovative and creative and, dare I say, classy in the history of rock/metal music.  And although I’ve always viewed Rush as three equal parts, it is hard to understate the importance Neil Peart was to the creative entity that was Rush.

In my early days, a big part of me wanted to be a rock drummer.  Peart was instrumental in this dream.  He made the drums more than just a timepiece.  He made the drums musical.  His memorable fills and intricate rhythms were as recognizable as any classic guitar riff or singer’s melody.  I’m fairly certain that he made air drumming a thing.  In addition to his mastery of the drums, he was the wordsmith of the band and penned the great majority of their lyrics over the years.  In a lot of rock music, the lyrics are usually fairly banal and usually take a back seat to the music and presentation.  Peart was different in this regard.  Thoughtfully nicknamed The Professor, he used his well-read background to forge lyrics that challenged and inspired the listener.  Who amongst us weren’t able to relate to the sentiments of Subdivisions or get whisked away to sci fi and fantasy tales such as Cygnus X-1 or 2112?  Peart was an unparalleled talent and the world will be a little bit less interesting without him.

In addition to his music endeavors, Peart was a wonderful writer.  For such an introverted person, Peart would pour himself onto the page.  I found it interesting that he was known for being such a private and guarded person and yet he would bear the raw emotion and heartbreak for everyone to read.  If you were a Rush and Peart fan, I cannot recommed his memoir, Ghost Rider, which centered on his attempts at rebuilding a life that was shattered when his daughter was killed in a car accident and then his wife later succumbed to cancer.  He embarks on a cross country motorcycle journey that took him across both Canada and the U.S.  It’s a moving look at loss and the grieving process and also serves as a wonderfully descriptive travelogue for North America.

So, pull out Farewell to Kings.  Rock out to YYZ.  Do the air drum fills to Tom Sawyer.  Celebrate the life of Neil.  Because we’re only immortal for a limited time. 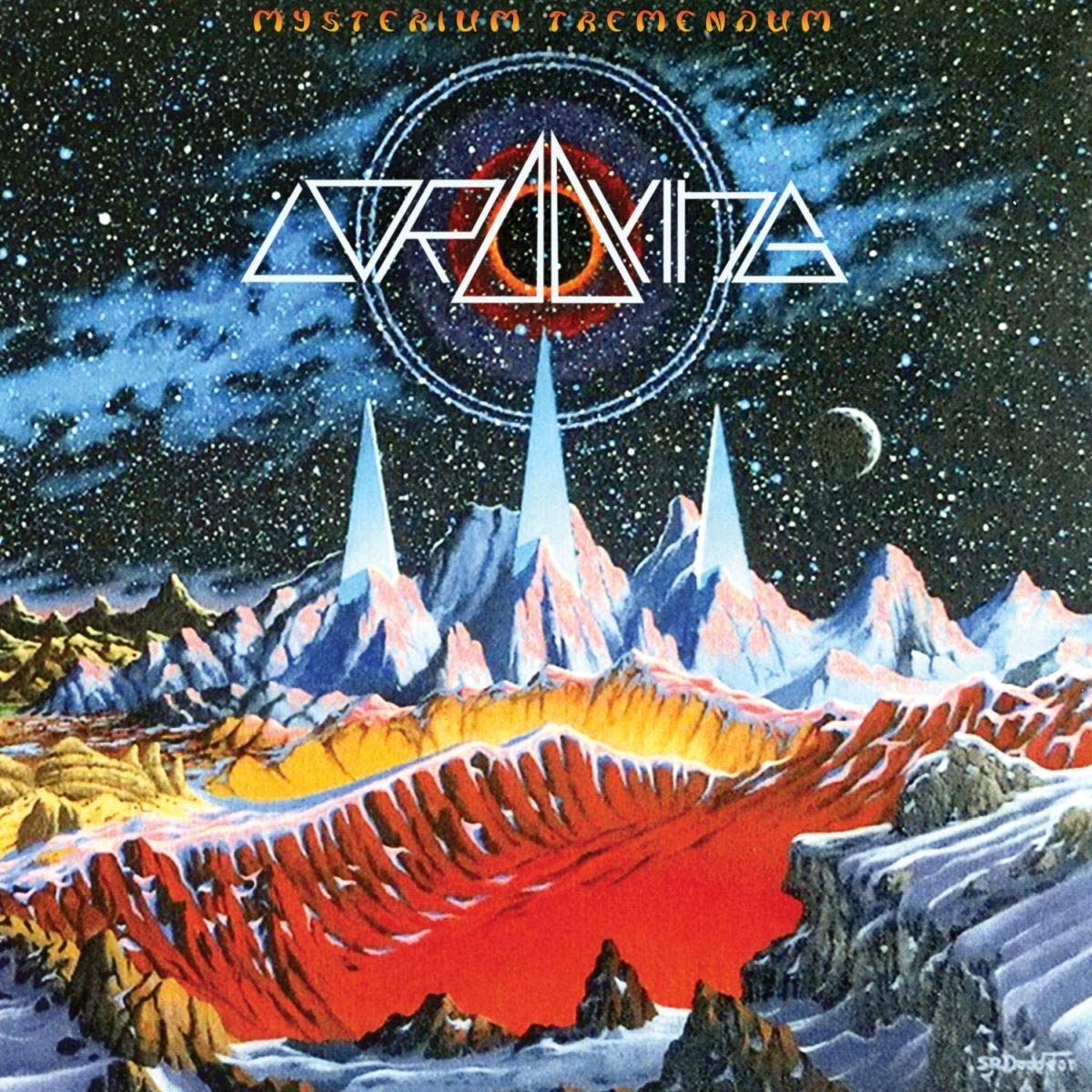 I honestly cannot heap enough praise on this album for its sheer breadth and ambition in both its sound and its lyrical content.  Sound wise, this album feels a bit in line with early era Mastodon.  There are places of death metal vocals intertwined with some of the more lovely harmonies created in 2019.  Seriously, there are moments on here that recall some of the amazing harmonies of King’s X.  The album ranges from heavy grunge influenced metal to soft acoustic passages to even some fairly progressive influenced synths.  On the lyrical side, this is an album about death.  For someone who has always had an undercurrent of fear of death and the unknown that comes with our final end, this was a particular poignant album.  All in all, this one just stood above all of the other albums that came out this year.  It was just a fresh take on metal that never lags and never failed to surprise and impress.  Play this one loud!

I’ve included two songs from this album because these two songs honestly feel like a single piece of music to me and I feel like they should be listened to together.

I’ve also included a link to a Spotify playlist that I’ve created that contains songs from all of the albums included on the list this year.  Enjoy!

That’s it for 2019.  I’ll be taking a bit of a break from here, but fear not.  I’ll be back in January to spread the joy of all things metal for the year of 2020.  Thanks for tuning in and stay metal, you freaks! 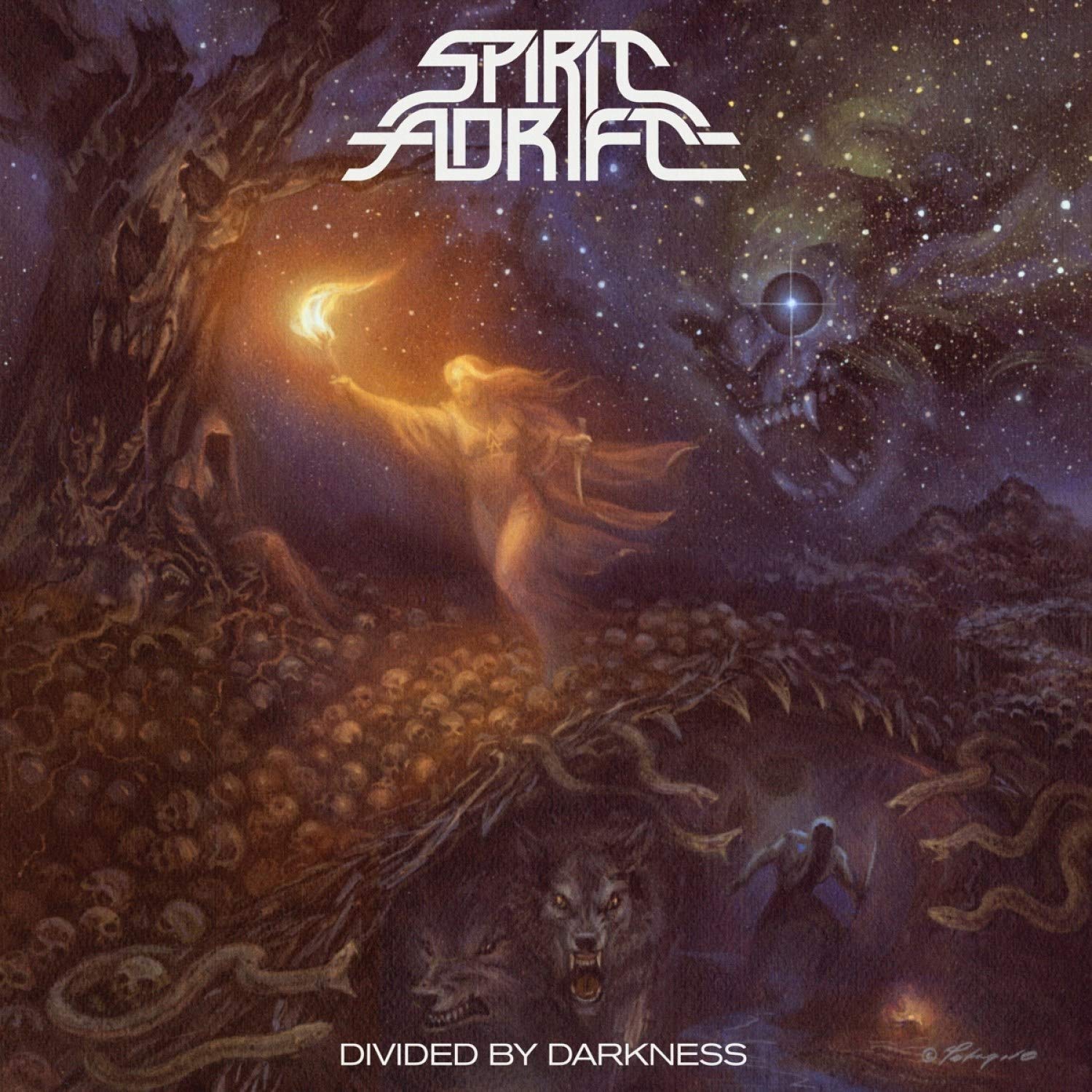 This is how Nate Garrett introduced Spirit Adrift when I saw this play earlier this year.  It was just so cool and unapologetic.  I just fucking loved him for it.  Spirit Adrift play a sort of throwback kind of metal that harkens back to Randy Rhodes-era Ozzy albums, early Dio solo stuff and maybe a little bit of old Trouble.  This is just a straight up metal-up-your-ass kind of album.  And it fucking rules.  It easily could have ended up in the top spot. 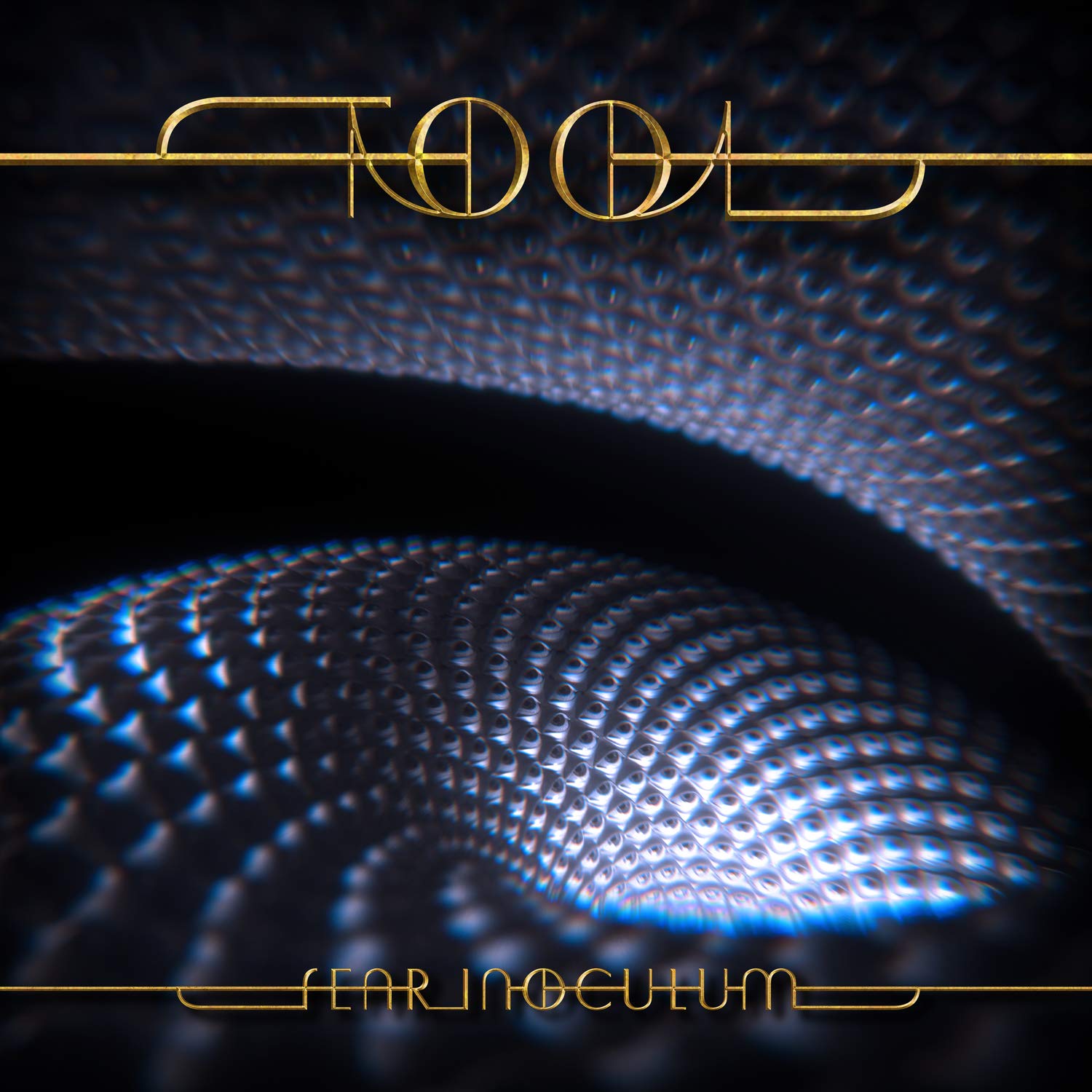 Here it is.  I know a good chunk of you were wondering where this one would end up on the list.  Man, I really don’t know how these guys did it.  Honestly.  The hype for this damn thing was so intense that I don’t understand how the dudes of Tool didn’t just crumble under the pressure.  But, they did it.  They totally delivered what may not be their most ambitious effort to date, but is still a monument to creativity within the traditional framework sound that Tool has created throughout their career.  I think my first reaction sums it up best.  It’s a Tool album.  Nothing more; nothing less.  I just think the fact that they created something awesome under the scrutiny of the interwebs and social media is something to be celebrated.  And it still holds that Danny Carey is the MVP of 2019.  I have always understood that the dude is a tremendous drummer, but his performance on here is just so inspired.  Cheers to you, Danny Boy! 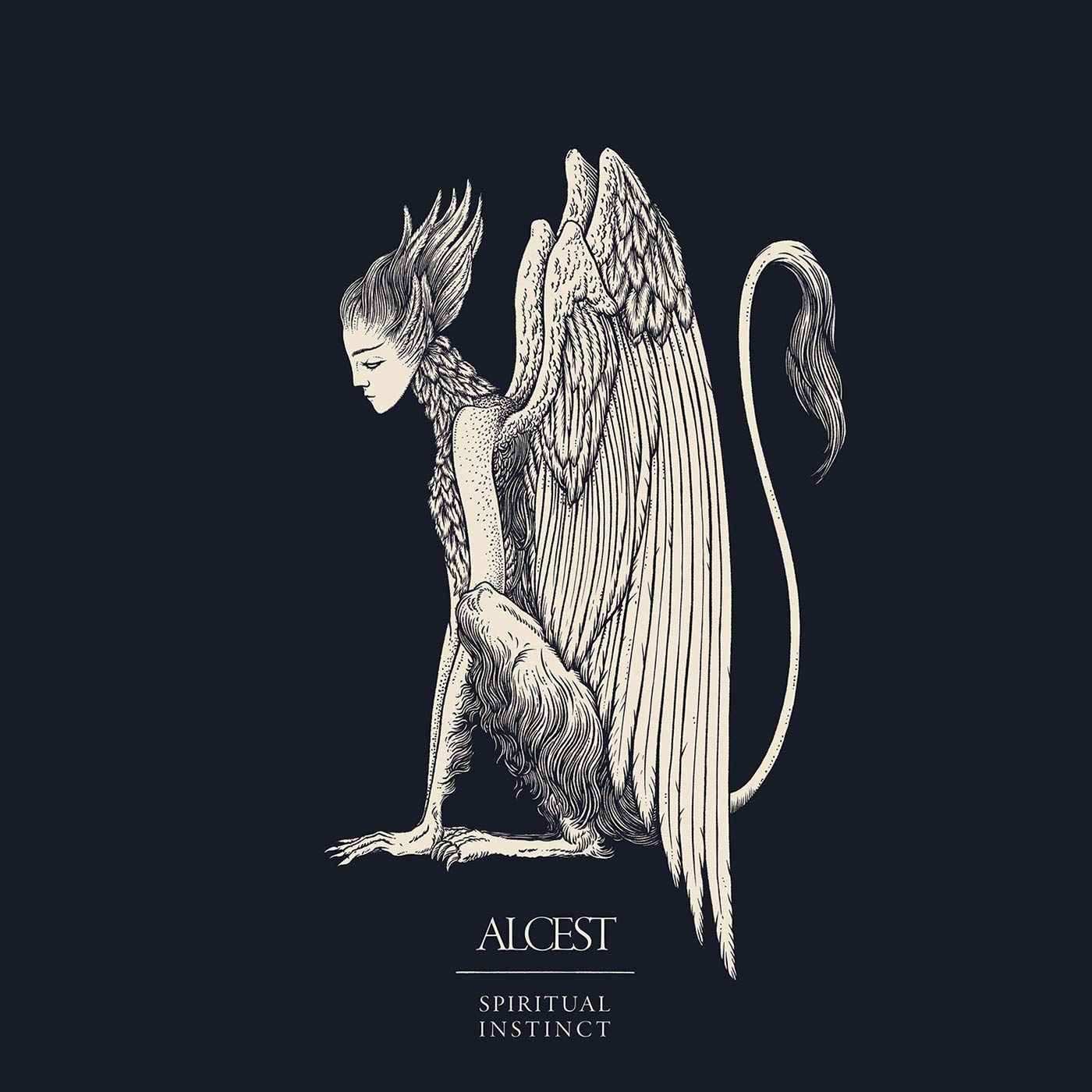 Alcest has perfected their weird hybrid of black metal and shoegaze at this point.  The result is a very gentle and introspective version of black metal.  It’s one that points its focus in a more emotional content that is served on soaring melodies and riffs that feel a little more abstract than one might normally hear in metal.  Even when they break out the blastbeats and blackened vocals, it feels less abrasive than these elements are normally used by blackened bands.  It’s honestly hard to say this in light of the quality of material Alcest has created over their career, but this may be their best album to date. 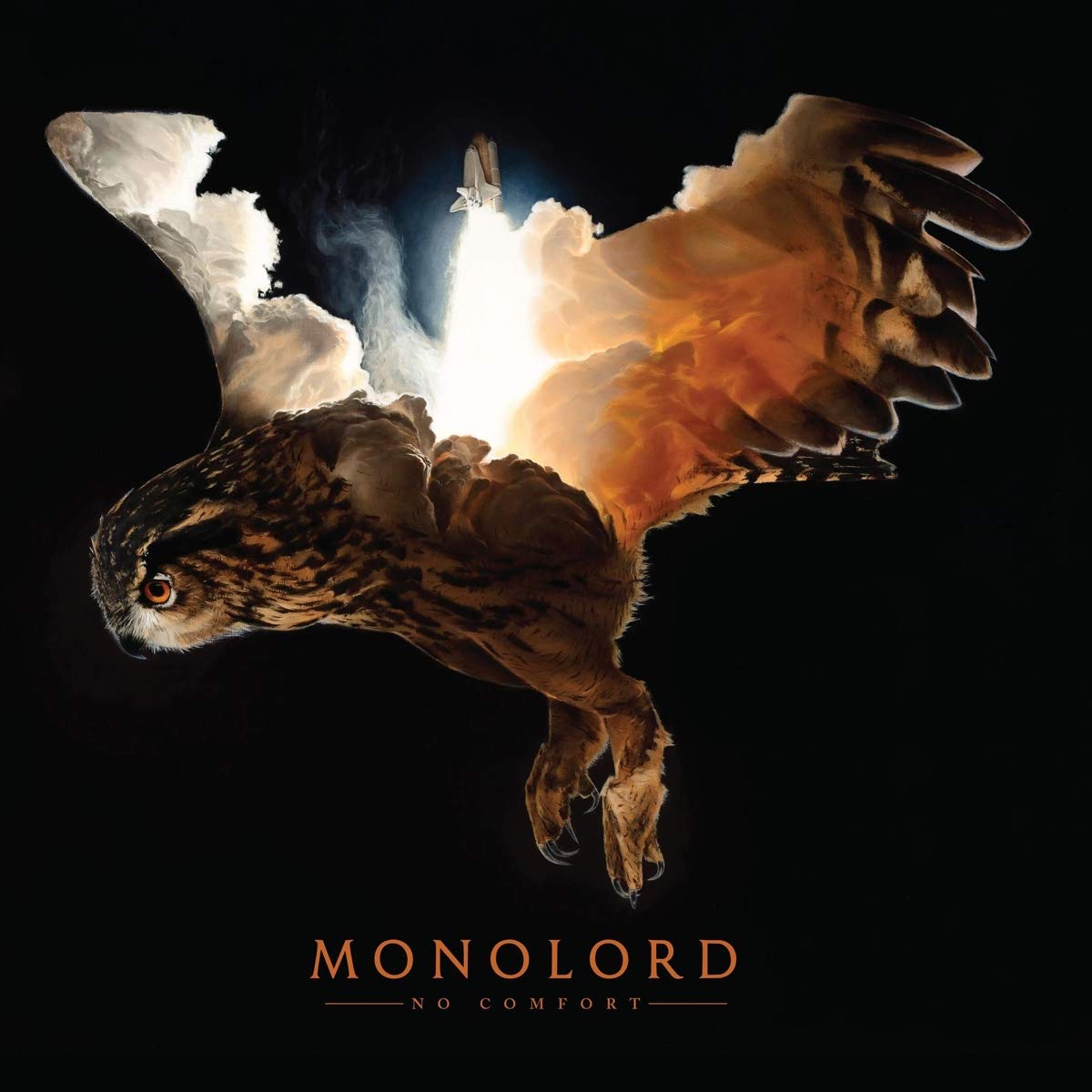 This three piece fuzzed out stoner metal band out of Sweden made serious leaps in terms of quality on their latest album.  This is one of those albums that got stuck in my head from the first play and it hasn’t let go yet.  Another of these albums that might not be forging a new path, but it do what it do so damn well that it just rose to the top of the stoner metal heap in 2019.  Seriously, I love this album.

DISPATCHES FROM THE VOID